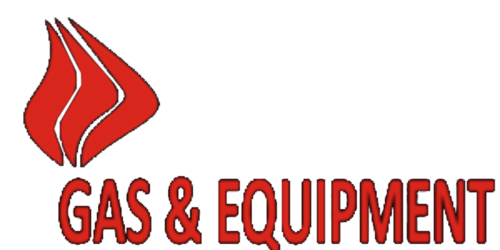 Ever wonder where the phrase comes from? Around 1915 wood-burning stoves in America were starting to be replaced by much faster and more efficient gas-burning stoves. By the late 1930's radio comedians were using the phrase to convey progress, efficiency and enthusiasm. The American Gas Association further promoted use of the phrase in 1941 in their advertising, and pretty soon it became the commonly used saying it is today. It is said that the phrase was first written by Deke Houlgate, whilst writing material for Bob Hope to use in his Hollywood Radio show.

A lot of Energy

The reason it all stuck so well, is simple – Scientifically, cooking on gas is just better! LPG has a very high calorific value, which basically means it has a large amount of stored energy per kilogram. Having so much energy stored in such a relatively small volume is what makes gas so incredibly efficient. Everyone knows the advantages of cooking on gas, such as the fact that you have instant heat. Or the infinite control you have over the flame size, and not to mention the higher temperatures that could ultimately be reached. However, the one thing we get asked more than anything else, is this.

Is cooking on gas cheaper than using electricity?

The simple answer is, yes absolutely. The problem is that there are very few comparisons out there that aren't biased towards one side or the other. Another issue is the fact that the rated power output of most gas cookers is much higher than their electric counterparts, thanks to the high calorific value of the LPG. The only way to get an absolutely fair comparison is to take the cost of each energy source and apply them to a pair of theoretical stoves with exactly the same power output.

For our example we selected a small auxiliary gas burner from a typical gas hob. The burner has a rated output of 1 kilowatt and a full blast consumption of 71 grams per hour. Now hold on to your thinking caps, because this is where the maths comes in.

If you use this burner for cooking for one hour per day, every day, on its highest setting, throughout a 31 day month, it would consume 2.201 kg of LPG. With the current cost of LPG at R 19 per kg*, that equates to R 41.82 spent on cooking for the month.

If you now convert to an electric stove with one single 1 kilowatt plate, and you use it in the same manner, full blast for one hour per day, you would consume exactly 31 kWh of electricity. With the current cost of electricity at approximately R 1.65 per kWh** that works out to R 51 for the month. A saving for the gas burner of just over R9 per month then.

This doesn't sound like a massive saving, but in fact the saving would be much more than this.

Some other factors to consider…

Gas gives you instant usable heat from the moment it is turned on, and doesn't need time to heat up an element or plate before it starts effectively applying heat to your cookware. Electric hobs require time to warm up to their operating temperature. To return to our example, if you add 5 minutes per day of warm-up time for the electric plate, that adds another two and a half hours of operation over a month. Two and a half hours during which the heating element will still be drawing power and will increase the monthly cost to around R 55.10 for the month, increasing gas's advantage to R 13.30 – and let's not forget we are still only talking about one single burner and one single element.

The reason that most professional chefs prefer cooking on gas is not just the much higher cooking temperatures that it's capable of, but also the control it gives them. Being able to infinitely control your cooking temperature without the delay in response normally associated with electric hobs and cookers. Even on the small 1 kW gas burner in our example, the chances of you ever using it on full blast for more than just a few minutes are very remote.

Another advantage of a gas burner over the electric stove is that you have direct, contact-less heat transfer. On an electric stove, one relies on physical contact between the element and your cookware to conduct the heat from one surface to the other, which is a very inefficient way of transferring heat. Compared to the gas flames on a gas hob, the gas flame is a much better means of transferring heat directly to your cookware without the need of an absolutely flush surface; the heat transfer is much more efficient and therefore you require much less energy to reach the same temperatures on a gas stove.

Finally, I deliberately chose the smallest burner on a typical gas stove to compare to an electric hob. However, if I had chosen a larger burner the results would have been even more in favour of gas cooking. For example if we had used a 3.7 kW burner and 3.7 kW electric hob, the savings would be closer to R 35.50 per month without considering all the other factors listed above. Factor in the other variables and inefficiencies of the electric hob and these savings quickly add up to hundreds of Rands.

Theory aside, in the real world where all the variables come together we can tell you that families who use 9kg gas cylinder connected to gas hobs for their cooking, are seeing their 9kg's of LPG last for up to 6 months. To put that another way, that is a cost of R 29 per month*** for all their cooking requirements, or roughly a third of what they would have spent on electricity if they had been using an electric hob.

Even if we set aside all this information, the final nail in the coffin of electric cooking is the fact that over the last 10 years, electricity prices are said to have increased almost 450% and are expected to increase even further, where gas prices have actually decreased over the same period.

Switch to gas today, you won't regret it!